How Brands Tap Into the Booming HER Economy In China?

Female Marketing is the hot topic in 2020. In recent times, “HER Economy” is the dominating trend in the market and a viral topic for every business.

In 2020, with the help of a variety of shows and TV dramas, this trend has developed into a mature business opportunity. With the broadcast of a famous TV show named《Sisters Who Make Waves》, a group of age 30 female artists set off a discussion about the living conditions of women in the society has gained attention in the public where the number of Weibo topics reached 46.3 billion. In addition, there is also the TV series "Thirty Only" which revealed various practical issues in their 30’s such as contemporary women’s lives and careers has also gained popularity in Weibo topics with a reading number of 26.58 billion.

For instance, the outbreak of female-themed artworks has spread like a wildfire to the marketing circle, and female marketing targeting ladies has become a favourite trend for media and businesses to go for.

One of the proliferation of women's marketing is that it is difficult for brands to stand out in the competitive landscape. Additionally, If you accidentally involve any sensitive issues or cross the red line of women you’re targeting, you will face the consequences of getting boycotted.

So, how can brands do female marketing more effectively?

So, what Is the key for a brand to breakthrough the challenges?

In recent years, the female group has become an important consumer power and a target group that cannot be ignored by the brand.

Research Report 2019 “HER Economy” released by MobData shows that with the improvement of the economic level and the gradual awakening of self-awareness, a unique economic circle and economic phenomenon have been formed around women's financial management and consumption. On the other hand, China's female population base of 20 to 60 years old has reached 400 million, and the scale of China's female consumer market has reached 10 trillion.

It is reported that the age population of 25-45 years old fashionable women in China has exceeded 290 million. In e-commerce shopping carnivals such as Double Eleven and Double Twelve, women often play the role of the main consumers.

5 years ago, Jack Ma emphasized that women are the main force of consumption. If you know how to do marketing targeting women, you will catch the trend of consumption.

In terms of spending power, HER Economy is becoming increasingly important. Statistics show that among married women, 38% said that their income was equal to that of their husbands, and another 14.4% of wives said that they earn more than their husbands. Moreover, compared with men, women are more willing to invest for themselves, and at the same time, they often have the power to decide the daily expenses of the family.

With the increasing power of women's consumption, for women-oriented brands, how to establish sufficient emotional links with female consumers has always been the focus of brands that cannot be avoided.

There is no doubt that "HER Economy" has become a female consumer trend derived from the context of Internet media. For brands with female groups as the main target audience, how to do good and effective marketing? Here are some useful tips to share. 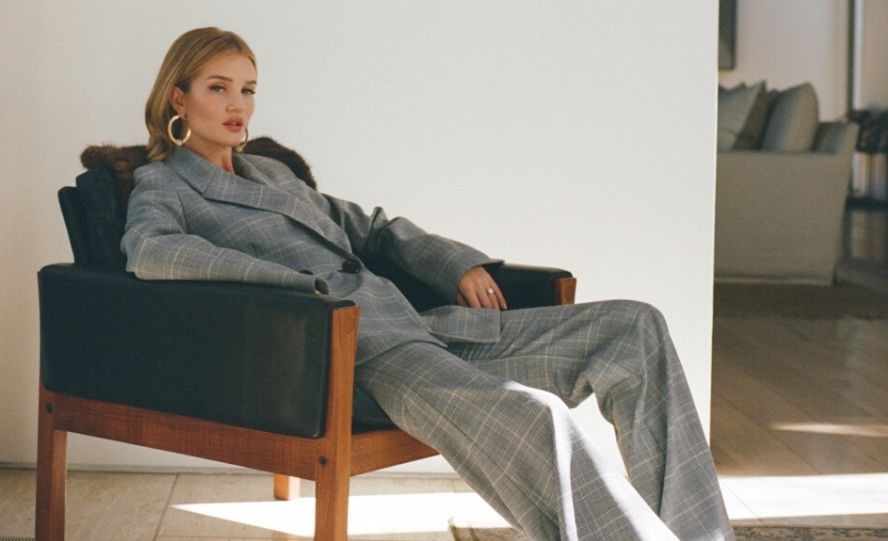 From the perspective of advertising and marketing, there is no creativity to instigate social issues. In particular, the current marketing environment has undergone tremendous changes, showing the characteristics of increasingly stratified consumer groups, peaking traffic, and fragmentation of media communication channels.

What is the social issue? In general, it is a social topic that can arouse great discussion, and everyone can speak a few sentences. However, from the marketing point of view, it is necessary to combine the brand's own philosophy and values ​​to provide solutions for this social topic.

Only by truly focusing on female pain points, achieving effective communication with the target user group, and helping them to get out of the predicament, brands will break through the sensitive psychological line of defence of the female group.

After all, there are topics to discuss by using content marketing, coupled with touching the inner emotions of women, triggering them to communicate online.

For example, Vale opened an “Art Exhibition for Her Together” in November. In the history of art, women were always shown by bodies. Instead, they release unique works through different works of female artists. This art exhibition is a massive success to break through what women represent in the modern world, the exhibition broadens people’s inherent impression of women and the space for women’s expression.

Moreover, the exhibition presents women's issues on different maps. For example, they explore the deep meaning of women's bodies and symbols and re-examine the sexual and physical stigma under the awakening of women's consciousness through artistic expressions which capture the heart of women to give massive support towards this art exhibition.

However, women’s issues involve many aspects, such as the perception of women’s beauty, the judgment of their figure, career, marriage, and family roles. Brands need to combine their products or services to figure out the valid points of fit with the current social issues in order to be successful. While promoting social issues, it drives the brand out of the circle.

As the social awareness and economic status of female groups increase, they are more pursuing the satisfaction of their own emotions and values, reflecting on the brand choice, which is more inclined to resonate with their own brands. Therefore, the brand can better grasp the resonance point and obtain its sense of ownership and recognition of the brand by conveying the concepts and propositions that are consistent with the consumers.

In a consumer environment where product homogeneity and brand explosions are becoming more and more serious, people will emphasize rationality when they consume, but it is actually difficult to do so. Therefore, the symbolic meaning brought by the sense of identity has a huge influence on consumer decision-making.

The so-called female marketing lies in equality and respect. Because of the continuous improvement of consumption power and the right to speak, women are pursuing equality and respect these days. Therefore, the brand must be consistent with this core value, so that women can recognize the values ​​conveyed by the brand from the bottom of their hearts, so as to achieve consumption follow-up.

Apple shot a short film on March 8th to continue the "To the Man Behind the Mac" series. The video uses the form of pictures to pay tribute to the women behind the Mac who have made great contributions to the world so that the power of women can be enhanced. That's very good marketing empowering women and recognizing women’s contribution in the modern world.

In addition to content creation, brands should maximize the use of the attributes of various social platforms, create multiple marketing touchpoints, convey the brand’s attitude and value proposition, cover more user groups in the circle, and constantly strengthen the brand’s positions in the minds of users.

For example, taking advantage of the huge exposure of the topics list on Weibo, posting highly discussable topics, promoting unique content, and linking different circles of KOLs to voice out the voice of female groups, and leverage the influence of KOLs in different fields. Expand the influence of the brand. In addition, through emerging short video platforms and grass-growing communities, it maximizes the transmission of brand value proposition and penetrates different circles of people.

4. From a female perspective, knows the bottom line or sensationalize your marketing

A large part of the reason is that the brand has not penetrated into the context of women, and there is no empathy for expression through the perspective of women.

Women’s marketing is more of a check on women’s perspectives and intentions. Begin from the perspective of women and deliver the correct social values. Otherwise, it is very likely that all advertising expenses will be wasted, but also affect the brand positioning and core value in the eyes of the public.

The rise of the "HER Economy" has made women's consumption a huge potential and is an important objective of brand marketing.

From the perspective of feminism, what the brand should do is not only to please women, nor to attract male consumers by objectifying women, but to show respect from the bottom of the heart.

Therefore the brand should place women in an important position, treat them as your mothers, sisters or daughters, and have a conversation with them by creating healthy, subtle and beautiful content. Only by grasping the essence of what female customers want and need, will they understand and truly build trust towards the brands.