Sina Weibo is a social media platform based on fostering user relationships to share, disseminate and receive information. Sina Weibo is often called the ‘Chinese Twitter’. According to iResearch's report on 30 March 2011, Sina Weibo had 56.5% of China's microblogging market based on active monthly users.

Create an Engaging Post on Weibo - Weibo sticks to a tradition al 140 character limit for each post. Users can follow individual accounts, like and share their posts similar to Twitter’s tweets and retweets. The users can also upload multi-interactive media such as images, videos and GIFs.

Before devising a Weibo Advertising strategy, you need to know that there about 4 types of Weibo advertising namely:

Display ads function similarly to Facebook ads and can be accessed in various dimensions. They are adaptive to the different placement and different devices pages of displaying Weibo Advertising messages. When the users click on the ad’s link, it will direct them to the website’s landing page.

Another way you can advertise on Weibo is through the Weibo social search engine promotion which is another potential advertising option for brands to go for advertising on Weibo. By using keywords search, you are able to discover hot topics and trends. This is a niche version of the google search engine and the marketing strategy for this platform. The search bar on Weibo is pre-loaded with a variety of buzzing search terms and there is no better way than to target users within the search feature on Weibo. The cost of advertising on Weibo search engine promotions vary according to the popularity & density of the keywords just like Google’s.

The Fan headline has the widest reach to the audience because it appears at the top of the user’s feed within 24 hours. It is a quick and swift way to reach out to promote Weibo posts and accounts based on the uniqueness of updates and social networks of the target audience.

The three types of Fan Headlines on Weibo are:

This type of promotion reaches a users feed within 24 hours just like a Facebook or an Instagram sponsored post. You can not only choose to promote your designated Weibo post to your existing followers but also to potential followers based on the relationships of your original followers, as well as based on different industries or interests. For example, if a user wishes to promote a post about fashion, Fan Headline will select users who follow fashion news and are interested in fashion-related posts. Additionally, you can also select one to five Weibo accounts and promote your Weibo post to users who are similar to followers of these accounts.

This type of promotion is similar to Facebook’s page promotion, where an advertiser promotes his page to reach users accounts for follows. In this case, it ensures that your account is recommended to Weibo users who are most likely to follow your account within a limited time span for example engaged Weibo users in recent 2 days. 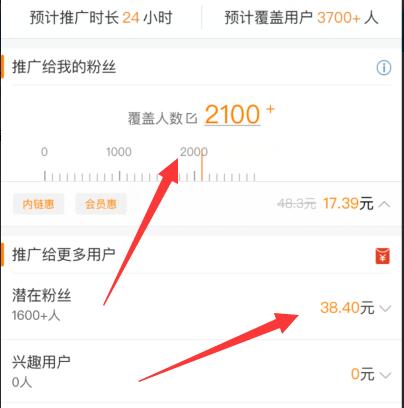 This type of promotion is similar to Facebook display ads that appear on the side of the home feed or sometimes even on the home feed. On Weibo, the fan tunnel is similar to Fan Headlines as it promotes a Weibo post or account. By getting impressions based on the frequency, these posts or accounts can eventually turn the traffic into your followers or even your buyers. Ads promoted by the fan tunnel appear at the top of the target audience’s feeds. You can also promote an app through this fan tunnel campaign.

This article has hopefully answered some of your queries and Weibo advertising is highly recommended for your brand if you are seeking the chances to tap into the Chinese market. In your Chinese Digital Strategy, because the platform has 500 million users, 186 million+ monthly active users with a male and female engagement ratio of 1:1 (approximately) and 82% of Weibo users shop online. Some of the top brands like L’oreal, Louis Vuitton, Unilever etc., and many other influential people leverage this platform to their maximum outcomes.